← Who Will Be Paris’s Running Mate?
Paris For President: The Naked Truth For A Change →

Come On All You Haters; Follow the Paris Camp 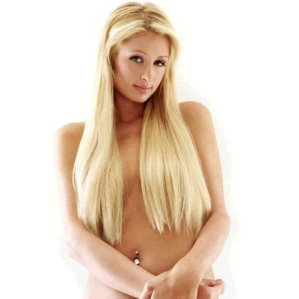 The Only Candidate With Nothing Up Her Sleeve

I don’t know what’s worse: the fact that everybody I know is getting on my case about my candidate or that nobody has been leaving any comments on my blog. If I didn’t know better, I would start thinking that everybody thinks I’m just a doddering old crank. Well everybody who knows me in real life already knows that I’m just a doddering old crank, but has everyone on the world wide web already figured that out? Come on, This is only my third post on WordPress. Give me a little more time before you come to the same opinion that my real world friends have already come to. Do you have to be so quick to realize the obvious?

But really, what does me being a doddering old crank have to do with Paris’s candidacy? Paris Hilton would make a great president. I mean really, she may not be the brightest light in the disco, but we survived eight years of Reagan and he was senile. We survived having James Watts as Secretary of the Interior, could Paris do any worse by giving that Job to Snoop Dog? George W. Bush may also not be the sharpest knife in the drawer, but we already learned from Reagan that intelligence is not a prerequisite for being president. I mean, you don’t see Noam Chomsky running for president. So what if Paris wants Fabio to be the Secretary of State? He couldn’t possibly do a worse job than Rice and besides, he has a hot accent just like Kissinger.

So Paris drinks a bit. What the hell, so did Nixon. Nixon bugged the oval office and kept illegal records of his conversations. Paris would put a webcam in the presidential bedroom, and the SCOTUS has already declared that to be free and protected speech. So what’s the problem? It would certainly give Fox News something to report, and give Rush Limbaugh lots of important things to rant about. And if you are worried that she will be like Bill Clinton and be indulging in oral sex in the Oval Office, at least she won’t be asking for it in public rest rooms like Larry Craig.

A Paris presidency will be the best thing that ever happened to American politics. It will keep the masses entertained with all the sex and scandal it could want without as much as threatening corporate interests. I mean really, why pay attention to the War in Iraq, Global Warming, The Christianoid take-over of the Justice Dept. and the military, the real estate melt down, rising gas prices, and unemployment when you could be paying attention to Paris? Think of all the tax money that could be saved by Paris creating her own scandals instead of having scandals thought up by public relations agents? The White House could cut its staffing in half just from the P.R. Hacks they could fire.

Now a lot of my friends get really angry at me when I tell them this. They tell me that they are voting for Obama because they want change in government. They want change they can count on. Well, I always say that if you want to see where a candidate really stands, go and see how he votes when the public isn’t looking. So I show them this website.

Type in Barack Obama and you can see how Obama voted on all the major issues. I know how excited you Obama supporters are to be able to see just how your man is going to create change in the government. I don’t really have the heart to tell you that Obama has either abstained or failed to be present at most of the votes that matter the most. He abstained from voting on the Iraq war. He voted in favor of some minor health care reforms, but otherwise, Obama has been utterly neutral in all the major issues that affect this country. So it is a total fantasy to think that Obama represents any sort of change in this country, and if you are going to vote for a fantasy; I say vote for a fantasy you can get off on.

This November, Vote for Paris Hilton, The Only Change That Matters In Washington.

4 Comments on “Come On All You Haters; Follow the Paris Camp”