If I Play Enough Videos Games, Will I Be A Real Ninja? 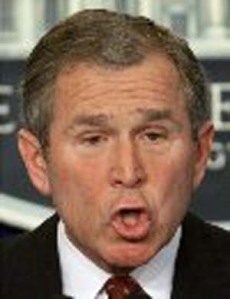 It Was All Goldfinger's Fault

I’ll tell you one thing, September 11th Conspiracy theorists are a tenacious lot.  The only group of people more determined to avoid reality is Right Wing Christianoids. The conspiracy people even use the same bullying tactics and peer pressure arguments that the Christianoids use.   “Why do you believe the government’s story?” is one such accusation they throw at me.  This is reminiscent of the Christianoids telling me that if I don’t believe in Jesus, then I must be worshiping Satan.   Its a black and white thing to these people; if you do not accept their party line then you are a government dupe.   It never occurs to them that both they and the government could be full of it.

September 11th conspiracy folk are in denial about the stupidity of the people who run this once great nation.   I can hardly blame them for that.   It is a hard thing to acknowledge that our leaders have IQs lower than our shoe sizes.   Yet look what happened to New Orleans with Katrina.  The entire Washington cabal was in denial over the situation.  They paid no attention to it.  Then they panicked after they could no longer deny the seriousness of the disaster.  Panic seems to be the constant state of the Bush Administration.  Bin Laden could not possibly have picked a better President to attack.   When the planes hit, Bush and his comic opera cohorts panicked and attacked Afghanistan.  To this day we have no idea what Bush thought he would accomplish.  It was simply a panic reaction to give the people at home the illusion that somebody competent was in charge.

I suspect that September 11th conspiracy people are having trouble understanding the utter depths of stupidity that humanity is capable of.  The idea that utterly incompetent people are running the country scares them to death.  A conspiracy provides them with the same comfort that Jesus supplies to Christianoids.  The idea is that somebody is in charge even if that somebody is Goldfinger.   At least Goldfinger is smart.

The most damning evidence of Bush’s stupidity is the war in Iraq.  Hey, we all knew that there was going to be a war in Iraq.  We knew that before Bush was elected.  Bill Clinton bombed Iraq to raise himself in the polls.   After he bombed Baghdad he called himself the comeback kid.  Clinton had less provocation than Bush and he came out smelling like a rose.  Bush and his buddies are so stupid that they screwed up.  If it was a conspiracy, don’t you think that the Bush Administration would have cooked up better excuses?   Even Nancy Pelosi is having trouble covering for Bush’s incompetence

September 11th conspiracies are also an emotional outlet for a feeling of powerlessness.  It is an expression of frustration for situations that people feel helpless about.   It’s hard to admit that you lost your home and your job was outsourced to Timbuktu because the people in charge are too stupid to pound sand.   It is also an excuse not to do anything about it.   How does one fight Goldfinger? Nobody even knows where Goldfinger is.  Since unions are vilified in our current libertarian atmosphere, how does one deal with a government that does not listen?  A couple of good national strikes would get Bush’s attention, but strikes would be communist.

Were I George W. Bush, I would be hiring PR specialists by the dozen, and have them cranking out September 11th conspiracies by the bushel. It’s the greatest thing to ever happen to the stupidest administration since Grant.  The idea of a secret cabal calling the shots certainly takes Bush off the hook.   It absolves him of responsibility for all his actions, from stealing the election to the Iraq war. Sometimes September 11th conspiracies remind me of the Royalists during the French Revolution who insisted that the king was being manipulated by a secret cabal of Masons.  Like the Conspiracy people of today, the Royalists would do anything to avoid admitting that their king was stupid.

September 11th theorists will do anything to avoid admitting that we are being led to destruction by morons.  One asked why bin Laden’s people went to the United States to learn to fly when bin Laden had a perfectly good flight stimulator.   Well, if I play enough video games will I become a ninja?  You actually have to get into a plane to learn to fly it.  Simulators just don’t do it for any real flying.   Another argument is that there has to be a conspiracy because the conspirators are still rich.  That argument is straight out of the Protestant Work Ethic.   Of course rich people are smarter than we are.  God made them that way.  The fact that our current crop of political howler monkeys triggered a world wide stock market crash must be part of their cunning plan. This means that the conspirators must be Blackadder and Baldric.   Nobody else could possibly be that stupid. 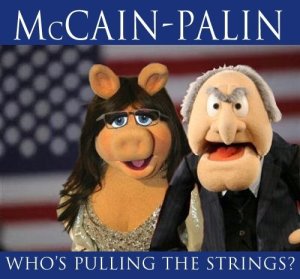