← Subliminals?
The Wall of Denial → 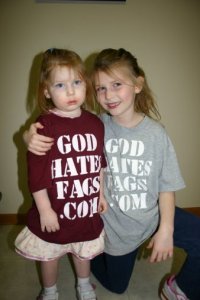 God Is A Concept By Which We Measure Our Pain

I find myself coming back to this question over and over again.  I think that this is because of the dialog I accidentally started with Church of All Worlds members.  Maybe it’s because we are facing an even bigger financial meltdown than the crash of 1929.  (How I regret some of my more optimistic posts.)  Perhaps it is because I am reaching the age when I begin feeling the cold winds of my own mortality.   It seems that the older I get the more I find myself agreeing with Richard Dawkins.   Divinity is the biggest plague that humanity ever wished upon itself.

Well, maybe not the biggest plague.  Maybe God is a gateway plague that leads to greater plagues.   Belief in God leads to self -righteousness and morality.  That leads to the greater plagues of bigotry and intolerance, and then before you know it you are invading Iraq and murdering gay college students.  Of course, everybody has different tolerance levels.   William S. Borroughs was a junkie all his life.  He lived to be 79 and left a legacy of great literature.  There are lots of people who are perfectly fine on God.   God gives them a buzz that gets them through life.   They go around doing good and smiling and bringing joy to people.  These people can be seen as the happy hippies of religion.  Then there are the Fred Phelps of the world. They can be seen as junkies who mug people for their fixes.

There are no clear boundaries between the good guys and the bad guys.   The happy hippy could belong to the same sect, religion, or cult as the mugger.  So when somebody says “It’s all the same God” it’s like saying “it’s all the same drug”.   Like all drugs, people have different tolerances and different reactions to God.  God makes some users violent and some users mellow.  There is a school of thought that suggests that God’s gender makes a difference as to the effects. From my experience it makes no difference. I have met Pagans whose Goddess is Jesus in drag, and who are as crazy as any fundie I ever met.

At the risk of mixing even more metaphors, I suspect that belief in divinity is a social neurosis.  God and invisible spirits were a good way to explain things that were not easily understandable.   Babies came through sex, but nobody understood the unseen mechanism of sex.  So when you had sex you made the invisible spirits happy too, and a baby came out of it.  So when somebody dies, which is sad, the person comes back through the happy mechanics of sex.  But over the centuries this coping mechanism changed to become the God of Fred Phelps and the lunatic pagan who screamed “monogamy is immoral” in my face.

Today we have the scientific method.  We know the physics behind lightning and fire.   We do not need God to explain the world to us. We have done a noble job on our own.  We have outgrown divinity.  Yet we do not abandon an outworn concept.  Divinity remains a concept that guides our thoughts and actions.  What really amazes me is how easily divinity can be used to manipulate the masses.   Look at the support for the Iraq war.  The Christianoid churches organized their brainwashed minions to wipe out the evil of Islam. Christians and Muslims are fighting each other over whose imaginary friend is greater.

As a nation, we have been way too tolerant of religions.  We have allowed Christian religions to organize and take over our government and our military. It’s about time for us to take a stand against God.  The Taney Decision of 1829 clearly gives us a right to curtail certain freedoms when such freedoms are proven to violate the common good.  There is no doubt in my mind that the Christianoid right has definitely violated the common good.   We have the right to stop them.  In fact, not standing up to them only feeds into their delusions.

God Wanted The Bail Out