← The Cold Winds Of Change
Subliminals? →

I was not expecting to make any friends when I posted my series on libertarianism.   I expected to make some enemies when I posted my opinions on libertarianism and the occult.  The last thing that I expected was to find myself in an actual dialog with members of the Church of All Worlds.   I spent this morning on the telephone with CAW’s communications officer.  What can I say?   The man is very good at his job.   He managed to change some of my opinions of Church of All Worlds.

I am not going to retract my opinion of CAW as a political entity.  I still believe that Church of All Worlds is part of the reactionary wave that hit the nation during the Reagan years and looks to seek answers in a past that never happened.   This goes along with my opinion that religion and the concept of god/dess is a reactionary belief.   I think the world would be a much better place without the concept of divinity.   I would also be more receptive to the entire CAW concept if they would just cut the religious aspect out of it.

The founder of CAW sent me an email which denied that CAW was a libertarian church.  The founder says one thing and followers say another. This is a basic problem with religion in America.  The followers always take the ideas of the founders and “Americanize” them.   The CAW I was introduced to was a bastion of American concepts like the Protestant Work Ethic, sin, and libertarianism.

I am not going to change my stand on polyamory.  I feel strongly that HIV and STDs make polyamory a dangerous idea.   I also think that polyamory is extremely sexist.   It puts the weight of the risks on the women.   The closest I will come to an agreement on polyamory is to agree to disagree.

I spent this morning speaking to the CAW Inc. communications officer. He explained that there is no copyright on the name Church of All Worlds. There are other entities calling themselves Church of All Worlds.   From what I understand,  they may be splinter groups of the original CAW.  These splinter groups even share the same meeting grounds as CAW Traditions.   There may even be a CAW or two which have nothing to do with the original CAW. The original CAW went out of existence some years ago. It is returning under the name CAW Inc.  The original founders and many of the original members are involved in CAW Inc.

In my blog entry about Libertarianism and the Occult,  I mentioned that I was in contact with people who had been sexually assaulted by members of CAW and on CAW meeting grounds.   I have been assured by The information officer from CAW Inc. says that such behavior was never condoned by the original CAW.  Such behavior will not be tolerated by by the board of directors of CAW Traditions Inc.   He also stated that CAW Traditions Inc. will do their utmost to to prevent sexual abuse and to prosecute abusers if caught.

CAWInc. is in the process of recreating the CAW concept and correcting past mistakes.   While some of the people I had bad experiences with were indeed members of the old CAW, they are not members of CAW Inc.   The information officer doubts that they will ever become members of CAW Inc. The spokesman was very enthusiastic about how CAW Traditions Inc. is dedicated to creating a safe environment for everybody.  I am happy that they are receptive to the idea of creating structures to protect people from abuse.

I hope that we can keep the lines of communications open.   There are more things I would like to discuss with CAW Inc.  We never touched on the subject of victim’s rights and the difficulty of intervening in child abuse. However, for the time being, I am willing to believe that the members and board of CAW Traditions Inc are innocent of sexual abuse, harassment, and molestation.   My experiences with some of the past members of CAW were pretty ugly, and left a very bad taste in my mouth.   I think that this colored my post about libertarianism and the occult.

I have taken my blog post about Libertarianism and the occult offline.  I will be rewriting it soon.   I also invite a representative of CAW Inc. to write an article on Positive Sexuality and to post it on my blog.   I want them to include contact information so that interested parties will get in touch with the CAW Traditions Inc.  I may not agree with CAW Traditions Inc. and all it stands for, but if people are going to get involved in polyamory,  I would rather they get in touch with them instead some other people I could think of.  There are many things that CAW and I are going to have to agree to disagree on, but fair is fair.   After all the drama we went through, it is only right that I give CAW a chance to tell their side on my space. 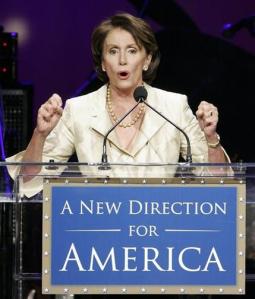 I Think We Can All Agree That She Needs To Go