← 9/11 Truth Movement Part 2: What is Being Ignored
Nigerian Scams →

That's Right. Millions of People Were Tripping on Acid That Day

The claims of 9/11 conspiracy theorists are too ridiculous to take seriously. They expect us to give crackpot ideas the same respect we give informed decisions. As it is politically incorrect to silence crackpots, they take over. The Sept 9/11 Truth Movement is the left wing Tea Party. The accusation that the Mossad planted bombs in the towers is as bigoted as the Tea Party accusing Obama for being a socialist because he is black. Both points of view are from Crazytown, but it is considered censorship to silence ideas that have neither proof nor logic. Worse still, by giving Truthers free reign to spread their delusions, there are important questions which are not being asked.

Truthers think the laws of physics are subject to debate. If they don’t like a fact they ignore it or rape it beyond recognition. As E=MC2 contradicts their preconceived notions, it is ignored in favor of the phantasmagorical, Photoshopped evidence on the World Wide Web. The simple, straightforward evidence of science is treated as a lie and unreliable. Since scientists are part of the conspiracy, the only scientists you can trust are the grifters who profit from conspiracy. We end up with Architects and Engineers for 9/11 Truth, which is led by an architect who made a career out of redesigning gas stations. Richard Gage has no high iron credentials, and his accusations that the Twin Towers were rigged to blow is idiotic. The Towers would not have blown so much debris over New Jersey if bombs were used.

It’s not rocket science, guys. OK it is rocket science, but it’s really not that hard to understand. Putting it in the simplest terms, a 310,000 pound Boeing 767 moving at a speed of approximately 300 miles per hour is going to hit a standing building with 1,395,000 tons of kinetic energy. That’s a hell of a kick. Of course most of that kinetic energy is going to transfer into debris. That’s why there were tiny pieces of airplane, building, and humans scattered all over New Jersey. Some of the energy was converted into thermal energy, which set the jet fuel and building’s dry wall on fire. A lot of it converted into mechanical energy which broke walls, tore off the fire protection, and compromised the support. The damage done was perfectly consistent with the kinetic force of the airplane.

Truthers are as aggressive about their delusions as the worst Creationists and are as persistently resistant to reality as Birthers. The Creationist non-debate taught them them faith is more important than reason. Nobody should be surprised that Truthers are as racist as Birthers. While Birthers are tied up in knots over a Black man as president, Truthers can’t get over the fact that Jews have their own nation. With all the possible countries to choose from, the Truthers have decided Israel is behind Sept 11th. They pulled their evidence from Nazi blood libel and Henry Ford’s paranoia. According to their delusions, the international Jewish Conspiracy rules the United States and Sept 11th was engineered to further their imperialist goals. There really isn’t that much difference between Truthers and Birthers.

If you are part of the peace movement, put yourself into the shoes of a novice. There you are at your first rally, and you see all these tents with signs saying 9/11 is an inside job. Let’s say you took physics in high school and you got a C. Chances are you know the damage a Boeing 767 can do when it hits a building at 300 MPH. In the light of the Truther’s impossible claims, why would you believe anything anybody says about anything else? Now let’s say the novice is Jewish and he gets a hand-out accusing the Mossad of sabotaging the Towers. That’s not just bad science, that’s Nazi style blood libel. The Peace Movement has lost that guy and his entire family.

I think that if we want a strong and effective peace movement, we need to step up and take responsibility for what is said in our name. It is not censorship to tell an unreasonable person to shut up. There is absolutely no state or federal law that says protest organizers must allow the Truthers space on their podiums. The peace movement should not be a platform for antisemitism or Creationist style science. I think this is the main reason we have seen a sharp decrease in attendance at peace rallies. If the peace movement wants to be effective, we have to recognize that some truths are unassailable. E=MC2 is an inarguable truth. It is not censorship to respect that. 76% of polled Americans are against war. If we want their support we have to stop insulting their intelligence.

Once we establish that science is science and not government conspiracies, we can start asking questions about the real conspiracies. I haven’t heard anybody ask about the motivations of the hijackers. Personally, I don’t believe they killed themselves for religious reasons. They may have had a legitimate grievance against us, and Sept. 11th was a desperate attempt to bring it to our attention. Why in the name of hell was Condi Rice National Security Adviser? She is an Eastern Europe and Russia expert. What does she know about the Middle East? For that matter, why did she have George Tenant thrown out of her office? He is a Middle Eastern expert. Any real investigation of Sept. 11th is not going to involve the Mossad or planned demolition, or any of that rot. What needs to be investigating is the head-pounding stupidity of the Bush and Obama administrations, but as long as we keep having to fight make believe science, we are never going to get the answers to the real questions.

In my next post we will examine the real questions that come out of the Sept 11th tragedy. The most important one is why so much time and effort is being wasted on bad science. Then we will take a closer look at the history of blood libel and how it has been used as a political smokescreen throughout the ages. 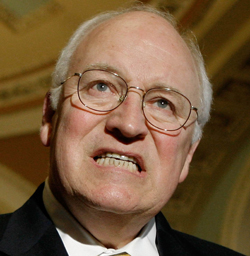 With My Magic Wand, I caused the Towers to Fall