← I Have Reached My Bullshit Limit. Or If I Had Religion It Would Be Gone Already
The Gift That Keeps on Giving → 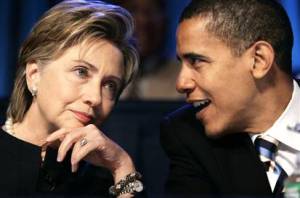 I can’t figure it out. Why are they still insisting we’re liberals?

Usually it’s the rats that abandon the sinking ship. Except if it happens to be the SS Republican. In that case, rats are the only living critters left. And it’s burning. When Donny “The Wig” Trump is the presidential front runner at 15%, you may as well admit the ship is lost. That means 85% of voting Republicans are supporting Ted Cruz, Rand Paul, and god save us all, Jeb Bush. The worst thing that can happen to the Republicans is having one of those Howler Monkeys win. They managed to stave it off with Mitt Romney in 2012, but the crazy came out despite his best efforts. The scary part is R. Money could have won had he embraced the crazy. But you can’t have anything as loony as Rand Paul near the nuclear codes. Even the Kochs aren’t that stupid.

Well played, Democrats. You have replaced the Republicans as our nation’s conservative party. Maybe you haven’t won my vote, but you certainly won my respect. I never expected this endgame. It’s sublime in its simplicity and brilliant in its execution. You simply gave the Republicans enough rope to hang themselves. But in doing so you replaced their functions as the representatives of the Wall St. Bankers. There’s absolutely nothing wrong with that. Bankers are a legitimate population in this country and they are entitled to more competent representation than they’ve been getting through the Republicans.

It’s good to know that we now have reasonable people speaking for Wall St. instead of hairy eared troglodytes like Newt Gingrich. So what if homelessness reached its peak under Bill Clinton? At least now you’re willing to admit it’s a problem. Best of all, you’re willing to admit when you’ve made a mistake. It looks like Glass-Steagal is going to be reinstated. Good job, guys. It also looks like you might reinstate some of the social safety net Clinton shredded. That’s a real step in the right direction.

Speaking of the social safety net, that was a pretty raw deal. Especially when you consider NAFTA. A lot of Americans lost their homes, their jobs, and their lives. In the long term, taking over for the Republicans caused more harm than good. Now that the Republicans are committing political suicide through self-humiliation, maybe its time to reconsider NAFTA. It’s one thing to promote trade, it is another to promote it at the expense of United States citizens. Remember, when you swear to uphold the constitution you swear to uphold everybody’s rights. Not just Wall Street’s. As government representatives, you’re going to have to set common sense limits and enforce them. No more of Republican rule through chaos. Corporations have to be held to the letter of the law, just like real people.

What really bothers me about this entire situation is that the Democrats are now the only viable political party. The other one is in the process of self-destructing in the most spectacular ways imaginable. By default, the government has become a single party entity. That’s just too close to Red China for comfort. We need a liberal second party to keep the dynamic going. You Democrats are going to self-destruct faster than the Republicans if you try to be both the Conservative and liberal party.

I’m not going to claim that the Republican Party isn’t still capable of some small mischief on their way to obscurity. After all, rats carry plague. But at this point it should be obvious they can be pretty well disregarded in the presidential department. The only guys they have who have the right connections are Bush and Cruz. Dumber and Dumbest. If the Kochs let either of those numbnuts in the Whitehouse, they may as well douse themselves with gasoline and light themselves on fire with a fifty dollar bill. The only viable candidate is Hillary Clinton, because she’s as Wall Street friendly as any Republican. She can also be trusted not to do something so embarrassingly unconstitutional that her backers lose money from it.

With Hillary Clinton very ably filling the role of conservative candidates, who is left to speak for the liberals? Not Clinton. Don’t even go there. She never voted against Bush once. She even supported DOMA. I admire that she has put on her best face and welcomed gays into first class personhood. But still, her voting record looks pretty conservative. Yes, she has voted in favor of most women’s issues, and that’s big. It means that a woman’s right to choose has become a conservative value. So has marriage equality. And when you stop and think of it, the Democrats have also presented the world with the first African American President, and Clinton served on his cabinet. Not to shabby for a conservative party. Not to shabby at all. Conservative doesn’t have to mean ass-backwards.

But that’s the thing. The Democrats might bring us back from the late Victorian era back into the mid-20th Century. That’s all well and good but not in anyway progressive. Most of the rest of the civilized world has recognized same sex marriage since the early years of this century. A women’s right to choose is recognized in just about every civilized country in the world. It’s such a part of women’s health routines that women have to opt out of birth control. Non-violent police and safe streets are the norm in most of Europe. You’re not being progressive if you’re in favor of what the rest of the world already has. It makes you a conservative as opposed to a bat shit crazy reactionary.

Embrace your conservative natures, Democrats. You’ll be happier for it and so will the rest of the country. Once you’re out of the closet, it will leave us progressives free to form our own party. Our political system runs on the adversarial dynamic as well as our ability to compromise on mutual interests. This hasn’t happened with two rival conservative parties battling it out. There’s been plenty of adversarial type dynamics but precious little compromising. Yes, a lot of blame goes to the Republicans, but let he who is without sin toss the first brickbat.

Stop and think what the Republican/Democratic follies have cost us. Cuba stopped the spread of AIDS from mother to child. Israel is building a desalinization plant in Carlsbad to relieve the California drought. Before Reagan, it would have been the United States accomplishing all that. Today we’re the second world country that needs the technical and medical aid. We need a progressive party to bring us forward. No offense, intended here, but you guys don’t even know how to do a halfway decent healthcare reform. You don’t rewrite the regulations and keep giving public funds to private companies to manage public healthcare. That’s not reform. That’s just giving money to the same crooks and praying for different results. You take the money away from the people who had been misadministrating the funds and put in a new system. For that, you need progressives and conservatives. The progressives for the vision, and the conservatives as the anchor so we progressives don’t float away.

With the SS Republican well on its way to Davy Jones Locker, maybe its time for Conservatives and Progressives to kiss and make up. No, I don’t think Clinton would make a better president than Sanders. But that doesn’t mean we can’t be civil and listen to each other. It doesn’t mean I support the Republicans because I won’t vote for your candidates. It means we have different points of view, needs, aspirations, and hopes. Your candidates don’t represent my values. I don’t expect mine to represent yours. We’re different people. The best we can hope for is creating a livable environment for all of us. 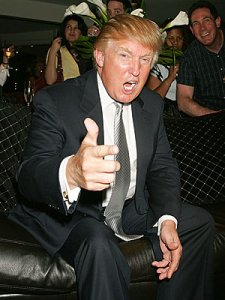 I’m the guy you want with the nuclear codes.