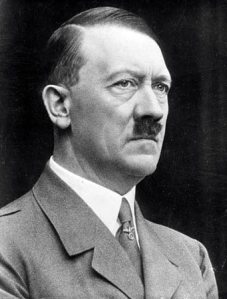 The Face of Things to Come

One of the things that really puzzles me about Libertarians is their fascination with the federal government.  For a movement that advocates states rights, they seem to ignore most of the major functions of the state governments.  This is evident in their ineffective attempt at election reform. Libertarians are concentrating their efforts at the federal level and have forgotten that every state regulates its own elections.  State authority supersedes federal authority on almost every level, and that includes federal elections.  Demanding reform on the federal level is a smoke screen to hide the corruption going on at the state level.  Trying to impose change from above is definitely against the libertarian philosophy.  It would be more effective to concentrate election reform to the states where the cheating occurred.  Yet the Libertarians hold the federal government accountable due to their absolute good/absolute evil view of the world.  This assures that their will be no effective election reform and the corporations can cheat with impunity.

If there ever is a third party president, it will be a Libertarian.  A Libertarian is guaranteed to do nothing to threaten corporate profits or corporate control.  A Libertarian president will not increase funding to the starving watch dog agencies, or sign new environmental bills into laws.  A Libertarian president can be depended on to support further cuts to our social safety net, veto national health, and privatize Social Security.  As the New American Century crashes faster than the Thousand Year Reich, the Libertarians wait in the wings to take on the mantel of American Fascism. 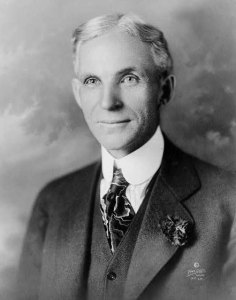 It's All His Fault, Folks

This is where it all sums up.  The entire purpose of the Libertarian movement is to protect corporate power.  Both inhuman and inhumane, corporations already rule this country with an iron hand.  Rather than depend on one single political movement as Henry Ford and Prescott Bush did with the Nazi Party, the American-based corporations had three waves of Fascism.  First was the Republican party as represented by Barry Goldwater.  Then came the religious right.  About the same time that the late, unlamented Jerry Falwell was rising to the top of the septic tank, Karl Hess was founding his “New Left”.  The term was co-opted from the free speech and civil rights groups of the Sixties.  The only thing it has in common with the SDS and the Black Panthers is the name.  Hess’s “New Left” was only Goldwater conservatism dressed up in a hippie wig.

Barry Goldwater was the darling of the pro-Vietnam war faction of the United States.  As the governor of Arizona, he joined with Georgia governor Lester Maddox and Alabama governor George Wallace as champions of the Ku Klux Klan and the Aryan Nation.  The difference is that Goldwater was smarter than Maddox and Wallace and avoided racism in his rhetoric.  Goldwater’s entire rationalization against civil rights was based on the Federalist Papers.  That was the birth of the Libertarian movement.

The corporations had been taking a real beating since the FDR administration.  There were federal watchdog agencies seeing to it that they conducted themselves in an ethical manner.  There was no more selling on the margin for the stock brokerages, and the media could no longer pull con jobs on the public as Randolph Hearst so enjoyed doing.  Legally protected collective bargaining assured even the humblest American his share of the American dream. Jim Crow guaranteed that corporations would have an excess labor pool which kept wages low and profits high.  Civil rights destroyed that excess labor pool and removed wages from supply and demand.  Wages would be set through collective bargaining instead.

The corporations had a brilliant friend in Goldwater’s scriptwriter, Karl Hess.  He was a public relations expert who accurately predicted the rising popularity of Anarchy on the left.  I suspect it was because he worked for the Black Panthers after he left the Goldwater camp.  Hess came up with a “national anarchy” which was simply fascism with a new rhetoric.  It was a rhetoric based on the Federalist Papers where the listeners were encouraged to identify with the Founders of the United States.  It equated American freedom with free market capitalism.  It rewrote history to forget that President Jackson had to bust the monopolies in order to preserve freedom.  Hess promoted the myth of government spending as a means of preserving corporate profits and reducing the citizen’s ability to enforce corporate responsibility.

Human rights were reduced to the right to starve under a free market regime.  Under Hess’s New Left, families and churches were responsible for the poor.  Apparently Hess’s time with the Black Panthers failed to teach him that poor people generally have poor families, and anybody who walks through a major city will see how well the churches take care of the poor.  Hess also promoted the Protestant Work Ethic and blamed the poor for America’s failure to maintain a minimal standard of living.

The most surprising thing is that nobody equated Karl Hess’s New Left with the rhetoric Ronald Reagan used when he took the White House and handed the nation over to the multinational corporations.  The rhetoric was the same.  Simply put, both Reagan and the New Left claimed that we had no responsibility for the state of our nation and our economy.  We were supposed to let the mysterious force known as The Market Place take care of everything.  This is the same as the Christianoids saying “let go and let God”.

The New Left has grown into the Libertarian Party, but remains true to its roots in Goldwater Conservatism. The Libertarian solution to everything is to ignore our responsibilities to our nation and our fellow citizens and let the corporations do anything they want without limit.  Why they do this is found in the rhetoric that Libertarians use. We will look at this in tomorrow’s post.

Your Employer Will Become Your Health Agent

It Wasn't His Fault

Belief in the occult is neither fascist nor Libertarian.  My purpose here is to not place disbelief on anybody’s religious or spiritual beliefs, but to bring into question many of the political beliefs expressed by some occult groups.  Quite often belief in the occult goes hand in hand with oppression.  The Treaty of Versailles triggered a renewed nationalism in the German people.  German Rosicrucians reexamined the ancient German myths and ancient runic alphabets to create a revived Teutonic religion that celebrated German history and culture.  Many Nazis came out of these alternative religions, but the religions themselves were not fascist.

The Sixties gave rise to a pagan renaissance in the United States, now called Neo-Paganism.  The mainline and Pentecostal churches’ open support for the Vietnam war and the Nixon Administration gave rise to a matriarchal paganism that was imported from England.  Neo-Paganism became a direct challenge to established religion when a psychotherapist calling herself Starhawk published a book called The Spiral Dance. Starhawk introduced a consensus-driven religion without dogma or hierarchy. This idea proved so popular copycat books were picked up by mainstream publishers.  Starhawk’s Wicca took the country by storm.

Without structure or form, Wicca became another victim of the American religion.  As independent Wiccan covens popped up across the country, people imposed the familiar structures of the American Religion upon it.  Not able to understand the lack of hierarchy, “High Priestesses” become absolute dictators.  Not being able to understand a religion without sin or enforced morality, both concepts are replaced with “The Three Fold Law.” The High Priestess is the absolute judge as to what is and what is not a violation of the “Three Fold Law.”  Starhawk’s Wicca has as great a potential of being a tool of oppression as it does of being a means of liberation.

It only makes sense that Libertarianism would find suitable mates amongst the Neo-Pagans.  Libertarians claim to be about Liberty, but actually protect and defend corporate oppression.  Many Neo-Pagan groups claim to be about liberation actually reinforce the American Religion.  These Libertarian Neo-Pagan groups include rigid conformity and morality, the absolute belief in a mythic history, and a rigid hierarchy.  They pretty much reduce their mother goddess to Jesus Christ in drag.

One such Neo-Pagan group which I have had a chance to observe first hand is Church of all Worlds.  CAW predates Starhawk by a good ten years.  It began around the time that Buckland and Sanders were introducing the idea of Paganism.  It was based on the book Stranger in a Strange Land by Robert A. Heinlein.  Starting out as just another sex, drugs, and rock and roll cult of the Sixties, CAW jumped on the Neo-Pagan band wagon after The Spiral Dance.  In the late Seventies they joined in with Karl Hess’s New Left, and now call themselves a “Libertarian Pagan Church”.

Rather than adopt the anarchist consensus-based structure proposed by Starhawk, CAW has a very rigid Freemason-like hierarchy.  They have a rigid morality based on polyamory and group sex.  Unfortunately, it is a morality based on patriarchal male dominance.  Bisexuality is encouraged amongst the female members, but not the males.  Women having sex together is a turn on for many men.  Women also do not have the same rights to turn down sex as men do.  I know several women, some underage, who had been sexually assaulted at CAW events, and it was the CAW women who were most active in protecting the perpetrators.  That is certainly rigid conformity in morality. CAW insist on the literal truth of their matriarchal mythical history, and apply the Three Fold Law as another incarnation of the Protestant Work Ethic.  In other words if something bad happens to you, it was because you disobeyed the High Priestess or did something to piss off the group.

What I find the most interesting about CAW is their insistence that the rest of the world hates them.  They treat the rest of the world as Evangelical Christianoids simply because we are not interested in their version of the true faith.  The fact of the matter is that most of us don’t give a fiddler’s damn who they pray to or who they screw.  Rather than to stand up for their legal rights, CAW members prefer to consider society “evil” and the government the “black empire” and drop out of society.

This dovetails nicely with Libertarian thought, which also sees the government as evil.  Neither Libertarians or CAW members feel any responsibility towards their fellow citizens or the government that is supposed to be representing them.  They see any sort of structure as a threat to their freedoms.  It never occurs to them that they can work to change these structures.  We will go into this in more detail as we examine the protection of corporate power in the next post.

He Should Have Picked a Pretty Girl