What’s In A Name?

Who Wants A Playwright Named Snakesfear?

God knows that I am no fan of Obama.   In my personal opinion, Barack Obama is simply another sleazy Chicago Machine politician, and his presidency is going to be as big a disaster for the country as eight long years of Baby-Doc Bush.  This has everything to do with his policies and nothing to do with his funny name.   When you stop and think about it, Obama’s name is common in Kenya.  Here in the United States there is still an element that considers funny names to be frightening.  Traditional British names such as Bush or Clinton are still considered to be “American” names.   Once Irish names, like Reagan were considered to be foreign names. People forget that back in 1960 John F. Kennedy’s name was as scary as Barack Hussein Obama.

Kennedy was an Irish Catholic.   Back in 1960 that was as scary as being a Muslim.  There was a strong anti-Catholic element within the Democratic Party who opposed his nomination because they did not want the Pope ruling America through our president.   Former President Harry S. Truman made a better assessment of a Kennedy presidency when he quipped “I’m not afraid of the Pope; I’m afraid of the Pop”.   Truman was referring to the fact that Kennedy’s father was part of the very financial industry that is ruining this country today.

An honest assessment of the Kennedy presidency may never be written. He became a 20th Century martyr. Possibly because he was Catholic, and that revolting closet case, J. Edgar Hoover, was determined to hide his homosexuality by oppressing all minorities. We will not impartially study the Bay of Pigs outside of Kennedy’s Martyrdom, nor will we honestly asses his part in the Vietnam war.   Conservatives certainly did blame Kennedy’s reluctant support of Martin Luther King and the civil rights movement to the fact of Kennedy being part of a religious minority. The fact was that Kennedy had no choice in the face of a massive uprising of oppressed citizens. v Nixon would have done the same had he been president.

Giving the devil his due, Richard M. Nixon was the last president to campaign on the issues.   Kennedy avoided the issues entirely and answered with slogans and vague promises for a bright future.  I do think that Kennedy was the better president for the times.  Regardless of his motivation, Kennedy did the right thing when he supported civil rights.  At the same time he supported big business’s priorities in technological and industrial advancement.  Despite that there were still conservatives who claimed that Kennedy won because he was better looking than Nixon.   I even had some teachers who credited Kennedy’s success to women’s suffrage.

Today we are looking at a revival of the original Kennedy campaign.  We have a dark-skinned candidate with an African name, and we have idiots claiming that he is a Muslim.   He is being linked to black radicals and to washed up, wannabe terrorists from the Sixties.   Those who claim that he’s a Muslim forget that he used to go to a Christian church whose pastor told an uncomfortable truth, that racism is alive and well in the United States today. This is proved by the fact that Obama’s name and skin color are issues.   If the Republicans were really serious about winning this election, they could do it on race alone.

The fact is that the Republicans don’t want the election.   The next twenty years are going to be spent trying to get America out of the hole that the Neocons dropped us into.   It would be more profitable for the Neocons to step aside and to blame the Democrats for all the misery we are going to be seeing for the next two decades.  This has been the Republican strategy since Carter was president.  The Neocon strategy has been to own both parties.  Bill Clinton was just as much a Neocon as Ronald Reagan.   Look at the way Clinton tore the social safety net to pieces and set things up for Baby-Doc Bush to take over. Bush would have had a hard time if Clinton hadn’t paved the way by signing NAFTA and McCain’s financial reform bills.

The fact that Obama went to Rev. Wright’s church and associated with Sixties radicals is the only hope I have for the next four years.   When you look at Obama’s actual policies, they are almost identical to McCain’s.   Obama has maintained the illusion of being a liberal by abstaining from voting on key bills and laws.   Obama’s health care reform is worse than McCain’s.   McCain is pretty much going to leave things as they are, while Obama is giving a massive cash giveaway to the health corporations.   Obama is even going to expand Faith-Based Initiatives.   I have absolutely no hope that Obama is going to end the wars.  The differences between McCain and Obama are purely cosmetic.  Yet there are those who insist on making race the issue. 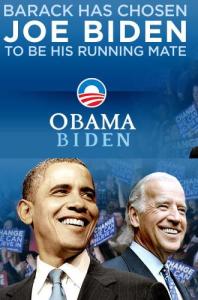 We Are As America As Corporate Welfare