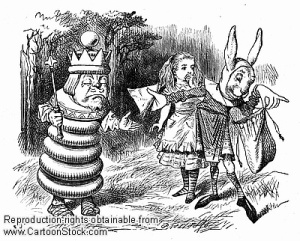 I Don't Want to Go to Rehab

Can the Red King wake up? Is it possible for him to overcome his petrochemical addiction and rejoin the rest of us in consensual reality? Quite frankly, I don’t see where he has a choice. The Earth is not squeezing out any more dinosaur juice, and God is not putting it back when he is not looking. Neither Jesus nor Mohammad will be coming back to bring him to heaven so he can escape the consequences of his actions. Back in 1998 Ramsey Clarke’s oil supply report warned him that there was only twenty years of oil left in the Middle East. It’s 2008 now. We are half way to the deadline, and The Red King is already paying for the increased price of petroleum production at the pumps.

Petroleum will never be as cheap as it had been for the last century. Middle Eastern oil was unique in the world. As oil becomes more difficult to extract and refine, there will be more and more little wars as the stronger nations steal the oil from the weaker nations. Meanwhile we will watch oil prices sneak up to $10 a gallon. This is the stage of addiction where the junkie mugs unwary passersby for the money to pay his pusher. So don’t expect a Democrat to avoid a war with Iran. The Red King is starting to tweak. He is too deep into his addiction to be able to visualize life without it. He will rationalize his actions with such excuses as national security, or they hate America, but The Red King will try to mug Iran for the oil he is addicted to no matter what party takes office.

Those little wars are going to make the oil pushers happy. As his fear of withdrawal increases, the Red King will use more oil instead of less. War will use up the oil so that the supply will decrease even faster. We might see the end of Middle Eastern oil production within the next three or four years. Then just watch the prices rise at the pump. The oil pushers will be making unprecedented profits as the domestic sale of gasoline is rationed for the war effort.

Maybe then the Red King will start realizing that his addiction is killing him. Hopefully, the sight of the Middle East, abandoned and poisoned by depleted uranium, will make him realize how his addiction affects the world around him. I doubt it. It’s not as if Ecologists and Peace Activists have not been trying to explain it to him for years. The Red King has been warned and warned about what his addiction is doing to the world. Perhaps when there is plenty of oil for the war effort and none left to run his car, The Red King might wake up and realize what he has been killing himself.

No addict ever goes for help until he reaches his low,andThe Red King has sunk to unimaginable lows. He has forced thousands of American citizens into homelessness just to keep his pushers happy. He has rounded up thousands of imaginary enemies of the state to be tortured in off shore prisons. Over the years, The Red King has destroyed coastlines, and wildernesses in his blind desperate panic to guarantee his next fix. The Red King has poisoned the air and caused the extinction of thousands of plant and animal species. He has created all this destruction just to guaranty tomorrow’s high. It’s pretty plain to see that The Red King is dreaming in the gutter.

It’s pretty obvious that The Red King is too far gone in his addiction to just taper off. Tapering off is too little too late. Maybe if he started back in the Carter Administration when gas was being rationed, he might have been able to taper off on his oil habit. However, 20 years ago, the Red King was still denying he was an addict. He was still making up excuses not to quit The idea of quitting caused him to panic. How was he going to run his car? How would he get to work? How was he going to impress the girls/boys? Where would the electricity come from? He had 10,000 excuses to ignore his addiction.

Then of course there were the excuses became wilder and wilder. The biggest lie the Red King told himself was that Jesus was coming back to bring him to heaven. So The Red King could snort all the oil he wanted. There would be no need for oil in the Kingdom of Heaven. Another excuses he told himself were that the gas shortage was all the fault of American hating Arabs or a Mossad created conspiracy. Then of course there was the most popular rationalization of all: “we haven’t run out of oil yet”.

Now the oil is indeed running out and the Red King is going to be going into withdrawal very soon. The first symptom will be the collapse of the automotive industry. Outsourcing has guaranteed its demise. As the price of transportation increases, importing finished parts from overseas will begin to cost too much. Cars will become too expensive to build. Wal-Mart will be the next industry to collapse as overseas transportation becomes too expensive. American made goods will become less expensive than Chinese imports. The entire neocon world economy will fall to pieces without the oil industry to prop it up. The dollar will fall like a rock as oil production is no longer able to support the American GNP. Bringing America’s industrial base back home and putting Americans back to work is the only way to prevent the dollar from collapsing.

War itself will become too unprofitable to pursue. The Military-Industrial complex depends on petroleum to run its tanks and trucks. The price of exporting weapons will become to expensive to be profitable. War as a means of economic bullying will become unprofitable as well. It will simply be too expensive to send the troops overseas. The troops will be better used in civilian production jobs. Military spending will drop as there will be no reason to have a military in the first place.

Most of us simply don’t make enough money to worry about a fall in the standard of living. Instead, We will be watching a lot of the neocon’s fall to our standard of living. We may no longer have automobiles, but there will be public transportation. Trains will make a come back. We will still have computers. They will become cheaper and more durable. Buying a computer will be an investment rather than something to be discarded after a year. The Internet will still be here as computers can be run on solar power as well as any other power source. The consumer lifestyle will end, but global warming will slow and maybe even reverse.

See, Red King? There is life after addiction. That life could actually be better than living in the constant fear of running out of your drug. The only reason that you were an addict was that you were afraid of change. Well change is the only constant in life. Change can be for the better as well as for the worse. Only you can choose which it is going to be. You can choose to go forward into the post-oil society, or you can kill us all trying to maintain it. We are anxiously waiting for you to decide what you are going to do. 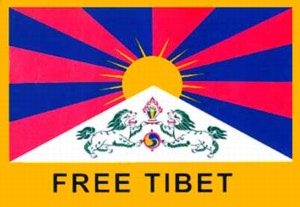 Are the Goddamned Olympics Over Yet?